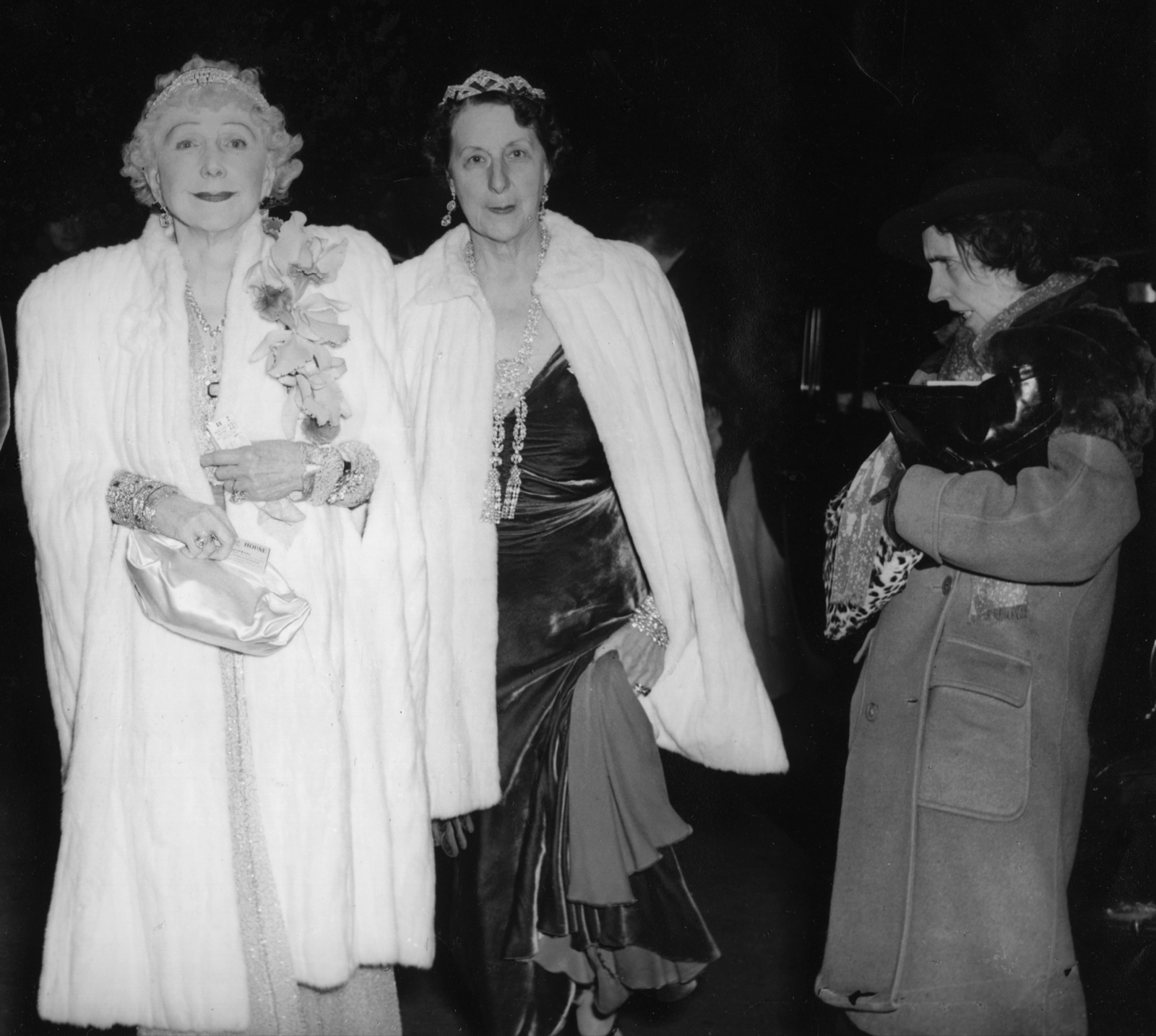 Weegee would often arrive at grisly murder scenes, or horrific car smashes, before the authorities – he had his car radio transmitter tuned to police frequencies. As he cruised round New York, he would regularly beat them to it, and take his startling pictures.

These candid, often brutally frank photographs propelled him into becoming one of the most legendary of photographers.

Focusing on Weegee’s powerfully unusual narratives, historian Graham Clarke pointed to his ‘images of a secret city: crime victims, muggers, transvestites – anything that might feed his hungry eye in search of the sensational and murky photograph.’

One of his celebrated pictures titled Simply Add Boiling Water, from 1937, encapsulates his dryly detailed approach. Firefighters are battling to control a blaze at a food factory, behind which we see a sign promoting their Hygrade brand frankfurters that reads: Simply add boiling water.

Seizing on the irony to be found within the most unappealing of images became his speciality, and he was soon recognised as the most notorious and greatly admired of street photographers.

His style was a precursor to the film noir cinematic genre, a melodramatic, darkly stylised version of reality. Weegee enjoyed using the traditional flash gun to illuminate his pictures, exposing his subjects to forensic scrutiny.

Born Usher Fellig in 1899 in Ukraine, his family immigrated to America when he was eleven. To help support his parents and siblings, whose meagre existence relied on selling goods from a pushcart, Weegee abandoned school and took on manual jobs – one of which led to a moment of inspiration.

He was working for a pony ride photographer, who specialised in portraits of children dressed up smartly to sit on a mule, to sell to their proud parents. Weegee decided to open up his own pony ride photography business, but gave up promptly after he learnt that he had to feed, house and maintain of the animals.

By 1923 he had landed a job at a leading photo agency, and now known as Weegee rather than Fellig, began to craft his visceral images of New York’s underbelly. His work brought him immediate attention, greatly inspiring Diane Arbus and her fascination with the seamy side of life, and he was later to be considered the first real Pop artist by Andy Warhol.

Warhol’s series of Death and Disasters, featuring paintings of shocking car crashes, electric chairs, and victims of poisonings, can clearly be seen as referencing Weegee’s Body of a girl hit by a car on Fifth Avenue from 1938.

Weegee trained his lens on a forlorn corpse lying in the middle of the street, covered in a sheet; he captured its white glare with his flashbulbs, starkly presented against the blackness of the night.

It was no hurried snap of a paparazzi. Weegee composed his photograph carefully, to find the most haunting angle to capture the body, making sure to include the little handbag lying alongside to identify her as female.

We see the back view of a policeman walking away towards his car parked in the distance, helpless to do more.

It was the ability to find the most compelling and significant moment in such an event that led to his work being respected, even revered, by news professionals, artists, and the public.

As art historian Mark Svetov put it, ‘Weegee’s pictures were never haphazard snapshots…they seem perfectly arranged, and what we focus on is their human context’.

Weegee was also acutely aware of his artistic ambitions, referring to the strong contrasts he was able to achieve with his flashgun as ‘Rembrandt light’.

Perhaps the image that captivated his audience most deeply was not one of a murder, or a grotesquely awful car smash, or of people sleeping on the fire escape of their slum tenement during a heat wave. It was a photograph of two wealthy ladies, seen in their fashionable haute-couture gowns and jewelled tiaras, socialites whose gilded lives would feature in society columns.

The picture titled The Critic, from 1943, shows the pair in total indifference as they pass a shabby, down-at-heel woman staring in bemusement at them. The elegance of their glittering dresses emphasises the dishevelled woman’s unkempt and threadbare clothes.

As an image to illustrate the class divide, it transfixed viewers after it was published in Life magazine. In fact, the photograph was rather cynically staged by Weegee. The shabby woman was a regular at the seedy little bar he frequented, and after filling her glass many times, he brought her to the gala opera opening. He patiently waited for two flamboyantly rich patrons to stroll out, and then had his now quite intoxicated lady approach.

Time magazine was to call it one of the 100 Most Influential Images of All Time.

Professionals took the view that because Weegee routinely satirised the well-heeled with humour rather than malice, his staging of the photograph did not alter its authenticity one jot.

An unlikely admirer of his work, who became his muse as the subject of a number of bizarre photographs was Marilyn Monroe. They would enjoy his maniacal distortions of her face, taking her appearance as far as possible from a legendary beauty.

These eccentric works were not highly-regarded by critics, but were much admired by a new generation of artists, with Warhol appropriating them into his own work. Weegee’s lurid style of stark, unflinching images was a legacy that still resounds amongst the world’s leading photographers. Today, he is seen as the epitome of a realist maestro.