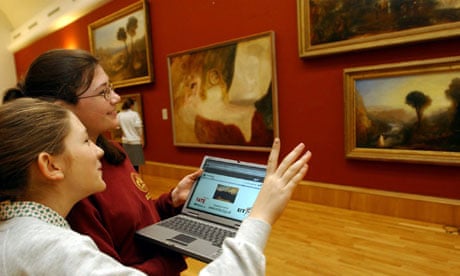 There’s no point in museums being free if the cost of special exhibitions is prohibitively and unnecessarily expensive.

It’s lovely to stroll around our museums for free. Not so nice to find that, once you have been sucked in with no admission charge, the exhibition you want to see costs a tenner or more to enter. It’s irritating for the visitor, and perplexing.

Are museums being elitist, and feel that only people who are prepared to pay the £10, £12 or £14 admission fee are worthy of seeing shows by their selected artists?

No, no, museum directors would argue, we have to charge for admission to exhibitions in order to finance the running costs of the museum, the transportation and insurance of the exhibited works, the cost of installing the show and so on.

But even London’s leading museums, admirable in so many ways, only earn about 7% of their annual costs from ticket sales – the rest being provided by the public purse, and sponsorship. For example one of the museums I love visiting, the Tate, raises just £6.9m from admission charges across all four of its galleries, set against its running costs of £98.5m.

Why bother fleecing the public for such a piddling contribution when the taxpayer is already funding the great bulk of your costs? It’s simply double taxation on paying visitors.

I may not know much about finance, with a Fail in GCSE maths, but I do know that attendance at our own gallery could drop by 50% if we charged admission. Perhaps this is because our audience is often young, and not always affluent. Being free-entry for all exhibitions has allowed us to offer five of the six most-visited shows in London over the last two years, according to the Art Newspaper’s survey of museum attendance.

I may be a full-blown egocentric, and deeply self-serving, but I do not believe that this is because people flock to share my taste in art. Neither do I believe that more people are interested in seeing our shows of new art from India, or the Middle East, or Germany, or even the UK, than they are seeing a Rothko retrospective at the Tate Modern. Or Picasso at the National Gallery. Or David Hockney at the National Portrait Gallery. We attract many visitors because people don’t wish to fork out the whacking entry charges to these important shows. It is a generally held view that had these spectacular exhibitions been free, attendance would have probably quadrupled.

If, for example, the Rothko retrospective had open admission, sales of catalogues, posters, keyrings, notepads, calendars, tea towels and other knick-knacks, would surely have doubled, tripled, or even quadrupled – there is a good chance that the income produced could have been as great as that raised by charging for entry. It’s an estimate that is shared by a number of managers of the vast retail outlets at our leading museums.

It may also be true that if museums weren’t featherbedded by state funding, and instead focused on maximising their public appeal, they would discover income from sponsors would be easier to attract. Sponsors like to back popular, well-attended exhibitions; the promotional budgets they hand over to museums then offer greater, more tangible value.

Of course one of the drawbacks of heavily attended exhibitions is that visitors feel short-changed by the crowds; the experience of viewing a big-name show is often unpleasant, claustrophobic, and destroys any hope of experiencing the works in any thoughtful way.

Museums would find that if they stay open until 10pm, a lot of overcrowding evaporates and people are able to enjoy the works at times that suit them; we use after-hours to give our 500,000 gallery members, Facebook and Twitter followers, their own late nights.

The worst of all museum sins, in my view, is to charge schools for their pupils to see their shows. From our own experiences, state schools have no budget to pay for their students’ entry. Only private schools can manage it, often by asking parents to cover the cost of school trips.

The Tate’s standard rate for school pupils is £5 a head for groups of 10 or more, and the National Portrait Gallery charges £9 a head for pupils in groups of 20.

I’m not trying to pick a fight with the Art Gods. I simply think something got screwed up with a policy of keeping museums free – and then frustrating visitors by charging them for entry to the shows they most wish to see.

I like to think that museum directors are not elitist, would like to attract the widest possible audience and are up to the challenge of managing their museum’s affairs so that the widest number of us can benefit. Of course I could be wrong; perhaps they are just snooty types, who don’t want a lot of riffraff around. Or, worse, they could be so removed from reality that they can’t quite follow that £20 is a bit much even for a professional couple to part with every time they want to take in a show.